Ana Andjelic is well versed in the ‘business of aspiration’, having been chief brand officer for Banana Republic, Gap’s upscale sister brand, and held senior marketing positions at luxury brands Mansur Gavriel, David Yurman and Rebecca Minkoff. Her proficiency on the subject shines through in her recent book, aptly named The Business of Aspiration.

She expounds on the aspiration economy in her newsletter The Sociology of Business, where her impressive academic knowledge (she has a PhD in sociology from Columbia University) and real-world experience working at top brands and agencies (including Havas, Droga5 and Spring Studios) is put to good use.

Here, she talks to Contagious about targeting taste communities, and why mass brands are over and Byron Sharp is outmoded when it comes to growth strategies.

What is the aspiration economy?

The traditional economy, the information economy and the knowledge economy are all economic constructs where people are rational beings and make decisions based on information that’s available to them. Things like their desire and tastes and interests are not considered to be socially constructed but rather economical. When we talk about the aspiration economy, we’re talking about new forms of capital – social, cultural and environmental – which brands create in addition to economic capital. It’s important on a consumer end – it’s how they signal their status, their distinction, who they want to identify with. It’s something that’s wired into us: to identify with a certain group and to distinguish ourselves from a different group. We’re all status-seeking monkeys.

People buy things for different reasons, it’s not just the most expensive things, not just things with the biggest logos. If I buy X I’m going to signal my environmental commitment. Or, if I post on Instagram about my Michelin-starred dinner then I’m going to signal my social capital. Now that we have social media and digital assets like NFTs, and we’re moving into the metaverse, [this status-signalling] is more pronounced as a real consumer market behaviour.

Why exactly do you think this has become more pronounced?

Because there are more ways to signal. If you didn’t have Instagram, or Facebook, or social media, if you didn’t have your digital wallet with your Bored Ape NFT, you would not be signalling on a broadcasting scale.

So, you would just eat your Michelin-starred dinner and no one would know about it?

Your friends would. But you wouldn’t photograph every course in a seven-course meal. So that is a really big difference. You don’t just have a reporting mechanism now, you also have a broadcasting mechanism.

On a brand level, brands started to realise that they can’t just be selling products because products are commodities and they’re interchangeable. When the same product has five different prices, you’re going to pay less, not more. So, they realised they needed to start creating narratives, and offering experiences and content and communities, in addition to their products.

That’s the aspiration economy: what do you buy, who do you buy from, how is it produced, where is it produced, who is it associated with, what kind of cultural capital does it give you? That becomes the decision-making factor in purchasing products.​​​​​​​

No one wants to be a mass consumer anymore. You don’t want to have the same thing that your husband has, much less some stranger.

It feels like now there are so many more ways for people to prove their status. How have you seen that change?

Before it was about having money to buy things and now it is about having taste. It’s not something you’re born with. You don’t have good taste innately. When we talk about connoisseurship and taste it’s something that’s actively acquired. Taste is an activity, it’s not the passive state. If I decide tomorrow that I want to become a vintage Celine curator I can do that because there is so much information out there; there are communities, there is content, there are resale sites. If I decide to become a coffee connoisseur, I can invest time to acquire that knowledge. Obviously, if you work three jobs, you don’t have time to do this. So there is still a mechanism of inequality.

How do what you call ‘taste communities’ fit into the aspiration economy?

More than ever now, because of social media, because of the visibility of our connections, it’s important to consider our immediate group: who are the influences, who do we follow, who follows us, what kind of conversations are we are having? That means that we’re never making decisions as individuals. We’re influenced by others, but we also want to signal things to others. Taste communities are not original, but what is new is that brands can now target them.

Think of how Netflix breaks down the properties of its content. It’s not just a horror movie, it’s maybe sci-fi with a female character, there is a dog, it’s happening in the distant future, there is an AI component, there is conspiracy and so on. And then they create a taste profile for every person because they’re like, ‘Oh, she likes a female character with a dog, with sci-fi and so on.’ My taste profile can be similar to yours even though we are completely different. Netflix stopped targeting demographics and started creating taste profiles for different people and linking them because if you can get one person in a taste community, you target all of them.

If we’re completely disparate – geographically, psychographically, demographically – but we have the same taste profile on Netflix, I’m going to get recommended things that you watch. Netflix’s system combines micro genres with micro communities, and then says if this person likes XYZ, they’re going to be interested in this content. The entire Netflix brand isn’t about content, it’s personalisation.

Are there any kind of other brands that have done this targeting of taste communities really well?

All digital brands like Facebook, Instagram, Uber Eats, they’re all targeting those taste profiles. In the physical world, you have more DTC brands that are made for specific taste communities. We may not have subcultures in the same way as we once did, but there are a lot of super niche interests now. Racquet is a magazine for those who like tennis – which is a lot of people – but who are also into vintage aesthetics. You have a lot of niche magazines these days, like Suitcase or Cabana; their circulations are tiny, but they have a mega-engaged audience and in that sense they’re valuable. Lots of brands are now looking at particular taste verticals.

What do those brands get by tapping into niche taste communities?

The community is small, but it’s unbelievably valuable, because they’re spending all their money there. So the question is, do you make more money by having a loyal community or do you make more money by going mass? There is a business logic there; the best bet is to have a highly engaged audience and 10,000 people who really care about you rather than a million people who kind of care about you. The second point is growth strategy. Now we’re seeing more and more brands who are very happy to stay lifestyle brands. They can be a $6m brand, a $10m brand, $20m. Why do you need to get to $100m? That’s old-school, 20th-century, economic logic that you need to gain, gain, gain. Economically, it’s more sustainable in the current climate not to put too much value on growth.

That feels very much at odds with what someone like Byron Sharp would say. His argument in How Brands Grow is that brands should go after the mass versus the loyal niche.

That’s very 20th century. I don’t think our planet, our economy, our society, our culture sustains that. What they choose to sustain is a lot of brands worth $6m. And they’re going to become more valuable because they offer a very particular aesthetic for a very particular community in a very curated point of view. Mass brands are over. They’re a relic of the past. Obviously, you can grow through the niches. You can nail one niche, like coffee, and then you look at what is adjacent, like tea, and then you grow deeply there. No one wants to be a mass consumer anymore. You don’t want to have the same thing that your husband has, much less some stranger. It’s why vintage is going so crazy, because people think ‘It reflects my taste’.

How should brands navigate the aspiration economy?

When you think about modern branding, it’s more about the story around the product and that story now needs to include culture to a much higher degree. Brands have always had a dialogue with culture, but when you think about brands creating content and having an editorial point, they really have to add some sort of meaning to consumption. That meaning can be in terms of a purpose that guides them; it could also be an aesthetic purpose. Brands play a role to not only tell you what to buy but how to live a certain lifestyle.

And so it’s a much more active, much more behaviour-led role. Take [Gwyneth Paltrow’s company] Goop, for example. It’s centred around how we constantly improve ourselves, how we always move on that Maslow’s pyramid of self-actualisation internally, how we exercise, what we eat. It’s about aesthetically and meaningfully improving life.

Today, it’s not just buying products, but entering into a lifestyle. It’s very considered. It’s not just my closet, it’s my collection. Every item becomes a collectible and has specific value because it has a story.

Are there barriers as to what kinds of brands can buy into the aspiration economy?

It makes sense for every brand, even CPG brands. Ruby is a drink that is sold in Whole Foods. If you go to their site they have something that they call the ‘Rubiverse’. They have newsletters. There is a curation element. There’s also a strong storytelling element. Because the founder Noah Wunsch is very smart. Yes, he’s selling a commodity, but he wants to sell an object that has a story, that is part of a specific universe, so when you buy the product, you buy yourself access to that universe.

It feels like brands, especially CPG brands, are expected to consider aesthetics more than they used to. Is that true?

Absolutely. We want things to be perfectly designed and not only just perform well but look great. It’s the aesthetisation of our everyday life.

This is an excerpt from an article published on Contagious Online, our members’ platform packed with creative case studies, expert interviews and research materials. To find out more about how to become a member, or to arrange a free trial, click here.

We spoke to Nick Duncan, founder of ContentBot, about how not to use AI copywriting tools 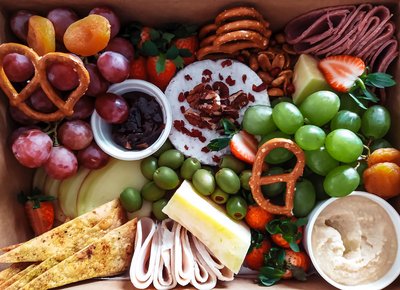