When Volvo launched its new truck in August 2012, the brand decided against boasting directly about the vehicle’s many technical capabilities. Instead, Volvo Trucks filmed someone tight-rope walking between two moving trucks to showcase its precision and control.

This was the first of Volvo’s Live Tests series of online films. For each of the six films, Volvo only demonstrated one feature at a time, from robustness to manoeuvrability, using the help of a host of characters including a hamster and a troop of bulls. Its most popular video featured Jean-Claude Van Damme doing the splits in between two of the trucks.

Soon after the Epic Split video was released we interviewed Lars Terling, vice president of marketing communications at Volvo Trucks, who told us: ‘When we launched completely new trucks in 2012, we wanted our communication to be new too. We wanted to get higher attention among the non-users of our product so that they start to understand Volvo Trucks. When you look at Germany and other markets, there’s a connection to Volvo cars but not trucks.’

Now we speak to Tobias Nordström, head planner at Forsman & Bodenfors, Gothenburg, the agency behind the campaign to find out how their branded content outsmarted the competition and ‘turned people into media’.

What were the business objectives behind the Live Tests campaign?

The overall business objective was to create maximum interest for the global launch of Volvo’s new trucks, in a cost-effective way. We wrote the brief together with our client.

One of the most interesting things about this campaign is the way that we worked with our client. We realised (both from our side and the Volvo side) that we could work completely together: no hierarchies, just everyone aiming to get the maximum out of the campaign. That was one of the success factors of the campaign. So every time I say ‘I’ or ‘we’, I mean the client and the agency. I kept saying that I managed to turn everyone into a planner and they managed to turn me into an engineer, because we worked so well together.

We ran into some interesting facts that meant the brief progressed over time. One thing that struck us was that the target group was extremely diverse: it went from single drivers all the way up to the CEOs of massive companies that buy a massive amount of trucks globally.

Another insight was that we knew that we could never outspend our competition, so we had to outsmart them instead.

Do you see this as a B2B campaign?

Absolutely. It’s a business-to-business campaign because the target group is truck buyers and owners.

We realised that [the drivers] get hammered down with messaging from truck brands, but they don’t really get much feeling from it. We realised that there is a heart and brain side to buying and using trucks.

The people who actually make the decisions of what truck to buy are not necessarily truck drivers, but more the people who run the transportation companies. Did that shape the campaign at all?

It’s a funny story, actually. We were doing interviews all around Europe and we were in an obscure little town outside of Munich. We met a truck owner and we kept asking him ‘Who do you consult when you’re buying a new truck?’ He said: ‘Well, it’s my decision but my wife wants me to take good care of myself and my drivers.’ That’s where the coin dropped. We thought: ‘Oh right, they’re actually bringing in a lot of reflection into that decision. And it’s much more emotional than you would think.’ So that’s when we said: ‘Let’s talk to all the influencers. Go wide but hit tight. Do a campaign for the influencers aimed at the target group.’

What research did you do before the campaign?

We went through all the existing research in Volvo’s massive intelligence centre. Once we decided to work together on the Friday, I couldn’t hold back. I went to a truck stop in Sweden Sunday at lunchtime to sit down with drivers and get to grips with the business.

I think Volvo is very progressive and they look not just at quantitative research, but also qualitative. So we started doing interviews, we travelled around meeting buyers and having lunch and dinners at big truck stops. A lot of the work was mainly qualitative work.

What were the main insights you got from your research?

The biggest insight for sure was that there are a lot of influencers. The other insight was we would never be able to reach everyone in a traditional manner.

We documented everything in [the truck buyers’] offices and we realised that they get hammered down with messaging from truck brands, but they don’t really get much feeling from it. We realised that there is a heart and brain side to buying and using trucks.

We’ve seen a lot of B2B brands recently launching campaigns that have a broad consumer appeal. Was that something that you were trying to do?

We decided to treat [our target group] as humans, not buyers. That came naturally for us because as soon as you get close to them you realise that they run by the same principles as all other humans.

The specific B2B communication is usually not that effective it doesn’t take into consideration that these buyers are actually humans. That’s what I meant by heart and brain. The heart side came out and painted a picture that these are normal people, not just buyers. We then worked with the engineers at Volvo, we realised that they had one of the most advanced products ever. What we were working on for a long time was the marriage between the heart side and the brain side. That’s without taking into consideration the third level, which is how can we spread our message?

The feeling of the trucking industry was that they had problems recruiting drivers and it’s was no longer cool to be a truck driver. So we also wanted to make truck drivers feel proud and show that it’s a skill.

The general idea for branded content was that we realised that we had to outsmart the competition. We realised we had to turn as many people as possible into media.

Did you make a conscious effort not to overwhelm people with too many technical features?

We wanted to be very single minded. We learned as soon as you have the interest you can go as deep as ever. We created websites that went into the more detailed parts of truck owning, truck buying and the trucks.

Why did you decide to focus on branded content?

The general idea for branded content was that we realised that we had to outsmart the competition. We realised we had to turn as many people as possible into media. The basic idea was that if you want to create a viral you need to have stuff that provides people with more than just your message. I think the major challenge was to create a viral hit and at the same time be relevant.

What’s the trucking market like and what were you trying to do to differentiate Volvo Trucks?

In general the trucking industry is quite conservative. They have their media channels; they’ve been doing the same thing for years. Some of the players had a bigger wallet than others, and they were winning as a result.

We need to make films that are so interesting that you want to share them. But if you’re a truck driver you’re going to be stunned by the way these drivers are performing. We’re always working with two levels in all the films.

What kind of results did you get for the Live Test campaign?

Unfortunately I can’t go into sales figures. But one of our surveys showed that almost half of truck drivers that have seen a Live Test film indicate that they would be more likely to buy a Volvo next time they buy a truck. Looking back from June 2012 until now, the Facebook members for Volvo went from 16,000 to 362,000. The number of followers on Twitter increased from 6,000 to 19,000 and on YouTube, the number of subscribers has increased from 3,500 to 92,000.

The number of unique visits to Volvo Trucks' websites in Europe doubled from just over 175,000 to more than 300,000 per month. The videos have more than 100 million views on YouTube and have been shared nearly 8 million times.

How did the campaign change perceptions of Volvo as a brand?

It changed a lot. The perception of Volvo is that it’s now seen as much more innovative. Volvo made trucking cool again, but a lot of people in the industry also saw Volvo as a modern, innovative brand. We had this goal the whole time. This is not just another launch, so it can’t be just another campaign.

What was it that made the Epic Split video particularly successful?

We’ve all been thinking about that! There are some obvious reasons. We got better and better at getting followers. If you’re going to make a viral hit, it needs to have a kick off. You need to start with a bang. If you have a lot of money you can make a SuperBowl ad, that will kickstart the campaign for viral. Our way of doing it was by having a lot of followers.

After 48 hours the Epic Split had 10 million hits on YouTube. The day after its release The Epic Split was the most shared video in the world. Today it is the most watched automotive ad ever on YouTube, with more than 72 million views and the video took sixth place in YouTube’s annual list ‘Top Ten Trending Videos of 2013'.

If you look at the earned media of the campaign, it’s been calculated at 126 million euros. Views really are not the most important thing. The fact that you get a lot of PR, that’s important.

The strategy from the films is based on the insight of combining the heart and brain perspective. We need to make films that are so interesting that you want to share them. But if you’re a truck driver you’re going to be stunned by the way these drivers are performing. We’re always working with two levels in all the films. That’s our strategy. Turn that little specific innovation into something amazing that anyone would like to watch. It’s completely different when you watch the Epic Split or a truck driver does. When the truck driver watches it, he’s completely fascinated by the fact that they managed to do it for real. Maybe he doesn’t even think about the fact that it’s Enya or Van Damme. 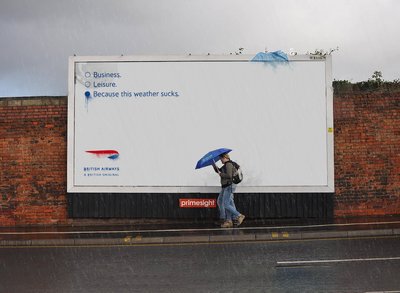 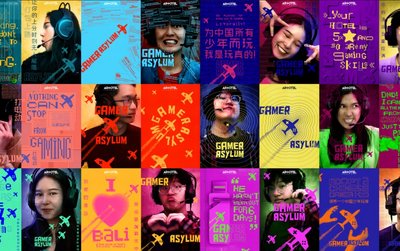 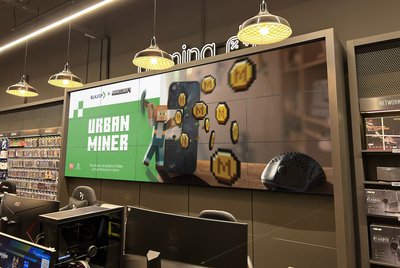 How an etailer built on Minecraft gameplay to incentivise sustainable behaviour 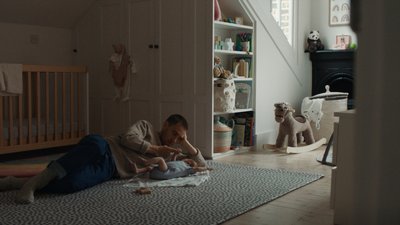 Insight & Strategy: For All Life’s Moments /

The thinking behind the beloved British department store’s new positioning