Generative AI is advancing in leaps and bounds. What does it mean for commercial creativity when anyone with a keyboard can conjure art?

Cast an eye over the middle-aged man pictured above. Does he look eerily familiar to you? That isn’t surprising, given he’s an amalgamation of four of the richest men on the planet. Can you guess which ones? I’ll give you a hint, this AI-produced individual goes by the name of ‘Jeflon Zuckergates’. Don’t look him in the eyes, folks, he’ll almost certainly harvest your personal data.

‘Jeflon Zuckergates’ is just one of many mind-bending images that flooded the internet in 2022, following the release of a new wave of AI image generators such as DALLE-2, Midjourney, and Stable Diffusion. Due to a number of significant breakthroughs in the field of generative AI, industry experts now believe the technology is on the verge of a Cambrian explosion.

We’ve been approaching this tipping point for some years now. Even prior to 2020, AI generated text in the form of basic translation and spam detection tools had already become ubiquitous. And the technology has now progressed to the realm of literature, where computer-generated prose is now increasingly indistinguishable from human output. The same evolution has occurred in the world of coding, where generative AI is making a previously impenetrable craft more accessible to the masses.

However, the recent emergence of AI image generators, capable of conjuring bespoke artworks from simple text prompts, has really captured the public’s imagination.

The implications of this technology are myriad, but VC investor James Currier has whittled them down to three key developments, which he expects to gather pace in the near future.

The first of these developments is a shift from AI programmes offering singular problem-solving solutions to more holistic problem-solving suites. An early example of this in practice is perhaps Omneky, a company that uses a combination of AI software to generate both content and copy to make social ads, with the option to also feature AI-generated human characters – who are considerably cheaper than their real-life counterparts.

The second development that Currier expects is a shift from curation to creation. For years, companies like Netflix and Spotify have been trying to retrofit people’s preferences onto their existing content. However, with the dawn of advanced generative AI, the only limitation to content creation will increasingly become your own imagination. For example, a former Google employee recently co-wrote a novelette called Amor Cringe with the OpenAI text generator GPT-3.

The author set out to pen the cringiest story possible and judging by the promotional plot summary – ‘influencer tries to find God’ – it sounds like they may have succeeded.

The final development that Currier predicts is that these generative tech tools will become significantly easier to use. He estimates that already the friction to create output from these models through web and mobile has become ‘about 10 times easier’ in the past six months.

Open AI’s decision to release the API for their popular image generator has also hastened the adoption of these tools. For example Cala, an all-in-one platform for designing and producing clothes, has recently integrated DALLE-2’s technology into its website to allow customers to use text-prompts to create their own bespoke fashion apparel.

In terms of the applications we’ve seen from various brands and agencies, these can broadly be categorised into... 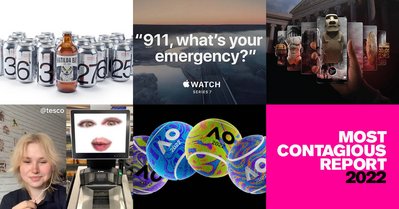 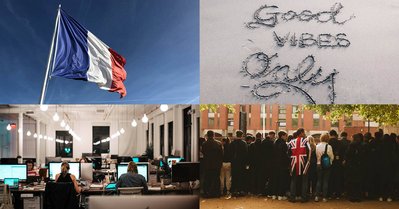