Advice on creativity and strategy from ad industry heavyweights /

Contagious held our first ever Summer Bootcamp on Tuesday. We created the event as an intellectual workout for creatives and strategists, with masterclass talks from industry heavyweights Nils Leonard, Laura Jordan Bambach, Rory Sutherland and Andy Nairn, who shared their beliefs and experiences with the audience.

This event was also the first time that Contagious had ever asked people to pitch for the chance to speak, because we wanted to hear new voices who could offer our audience fresh perspectives or insights into topics they knew nothing about. Without exception these talks were fantastic (and we’ll publish articles by those speakers in the coming weeks). Members of Contagious’ editorial team also spoke, delivering their usual mix of wit and insight (even though we do say so ourselves).

For those that couldn’t make it to the event, here’s a brief precis of what our masterclass speakers had to say, presented in the order that they spoke. If Tuesday’s event was the bootcamp, think of this article as the Jane Fonda-style home workout.

Are the creatives the most important people in the agency? Leonard believes so but he thinks that we must change how we define that role. It’s not about winning awards, it’s about being the person you need in the room during a crisis.

Creatives are great at turning themselves into passengers when they should be the bleeding heart of the company, so never put down your tools. The industry’s default position is ‘Who can I get to do this for me?’ whenever something needs made, but that’s a flaw. The more you can do for yourself, the more powerful you feel, and there is no greater realisation of your power as a creative than getting paid for something that came from inside your head.

Creatives should not need other people to translate their ideas. Presentation matters and an idea in a notebook is only 1% real. To make sure their ideas hit home with their audience (be they clients or anybody else), creatives should always ask themselves, ‘How do I make you feel it?’.

Also, it’s okay to have a point of view in your work, so find the stuff that pisses you off and channel it into your vision. The bigger the enemy, the better the work, so find huge enemies and, when you can’t find them, create them. Creative people want to matter, and they want to change things.

Finally, it's always worth asking yourself: are you dependent on people less ambitious than you to make your dreams come true?

Nairn began by explaining the conceit of his talk. It would be a strategic masterclass, but not from him. Instead, Nairn would steal ideas from famous figures who demonstrated a knack for shrewd thinking and turn them into lessons for today’s planners. Here are just a selection:

Albert Einstein: The irony is that the man who has become shorthand for intelligence hated to over-intellectualise and is quoted as saying, ‘Everything should be made as simple as possible, but no simpler.’ If Einstein can apply that principle to the theory of relativity, distilling it to just E=MC2, then strategists can do it with ads. The world is complex enough, so keep it simple.

Agatha Christie: The crime writer is the best-selling novelist of all time, partly because she was so prolific, and she claimed to never suffer writer’s block. The lesson here is that strategists must have an output, and that does not include a talk or something written on a piece of notepaper. Do stuff – that’s why you exist.

Alex Ferguson: It took the most successful football manager of the modern game four years to win his first trophy because he spent so much time at The Cliff (Manchester United's junior team training ground) ensuring the youth programme produced a steady stream of talent for the first team. The comparison here is that strategists spend a lot of time on the shiny new stuff, and not enough looking at problems upstream, like the pricing model.

The Scream, by Edvard Munch: Strategists spend ages thinking about words but it helps if you can scream it with a picture. And if you can’t distill your strategy into an image? There’s a good chance that you don’t really have a strategy to begin with.

Mike Tyson: The boxer once said that everybody has a plan until they get punched in the face (or words to that effect). That’s sound advice for strategists, who should build flexibility into their plans. Expect punches.

Bambach defines creativity as ‘smashing two things together to make a third thing’ and she believes that it has the power to change the future.
But it’s difficult to bring ideas to life – contrary to popular belief, they don’t just sell themselves – and to create great work you must be comfortable with an uncertain process, ie not knowing what will be produced at the end of it. It takes every single member of a team to keep a great idea alive and get it over the line, and Bambach peppered her talk with wrestling images because ‘creativity is a fucking fight’.

So, cut the bullshit and not corners, and build a culture of creativity. Here’s Bambach’s advice on how to do it.

Creativity Takes Time: We use two parts of our brain when we are creating. The analytical part of the brain is useful when researching, but to get to really great ideas you must sleep on it and engage the subconscious. Creative people need time to replenish themselves, to go out and see things that inspire them. The same principle is found in nature. Apple trees don’t produce fruit all year around.

The Magic Nugget: Every great concept has a nugget that makes it special and when you take it away, the idea becomes a husk. In every project make sure everyone involved knows what that nugget is and get them to protect it at all costs. You will always have to make cuts and compromises, but don’t sacrifice the nugget.

Allow Room For Greatness: Don’t plan yourself out of amazing, advises Bambach, who illustrates her point with an anecdote about meeting the band, OK GO. The musicians were perplexed by people's need in this industry to plan every detail of a campaign and then hire an expensive director to meticulously carry out that plan. It was a million miles away from their process, which is usually to hire a cheap warehouse for a month and play with stuff and ideas and see what comes out.

Have Each Other’s Backs, Always.

Empathy: Spend a few minutes envisioning how a person feels with your ideas. Bambach said that, as a digital creative, she was frequently told she had no knowledge of ‘big ideas’. But the role of a digital creative is to understand the audience and remove friction and make people fall in love with a brand and engage with it every day. So spend a few minutes thinking about the person using what you make.

The success of Burger King’s Whopper Detour app has not been adequately explained by the industry, argued Sutherland. If Burger King had told people to just download an app to receive a one cent burger, fewer people would have bothered. But making something more difficult (in this instance, demanding people drive to a McDonald’s to claim a discount) makes it seem more valuable. The point is, said Sutherland, that creatives know more than they think they know about psychology.

Behavioural science helps us codify what we know about quirks of human psychology. Many problems we face today have already been solved in another sector or area of life, but no one thinks to check. To give an example, Sutherland spoke of video conferencing and the time wasted waiting for everyone to join a call. The answer he suggested was to be found in Edwardian dinner party invitations where people are requested to attend at ‘7:30 for 8:00pm’. Simply invite people to join a conference call five minutes before it starts, and the tardiness problem would largely be solved.

One of the biggest problems with advertising is that the industry has aligned itself to the wrong kind of science, one where everything can be measured, efficiency equals effectiveness and you can optimise the whole by optimising component parts.

It’s impossible, for instance, to quantify the benefits of fame for a brand, but they exist. Better candidates will work a well-known company for less pay, people bring their ideas to the most famous companies first, and a CEO of a global brand can secure a meeting with almost anyone. If you’re an honest business, there are few drawbacks to fame but many upsides, but none of them are easily predicted or measured.

The broader issue is that rational people have a disproportionately easy time in this industry. If you have a creative suggestion you have to present it to rational people for approval but this never applies the other way around.

And yet, argues Sutherland, the best new business ideas are not rational. If an idea was rational, someone else would have already done it. The only ideas that succeed today are the ones that change the context to change how people think about a product or service. No one would have suggested taking on Coca-Cola by inventing a foul-tasting drink and selling it in tiny cans for an inflated price. But Red Bull did it because it changed the context and made people think about its product as a kind of medicine: a drink with a function. So embrace the irrational. 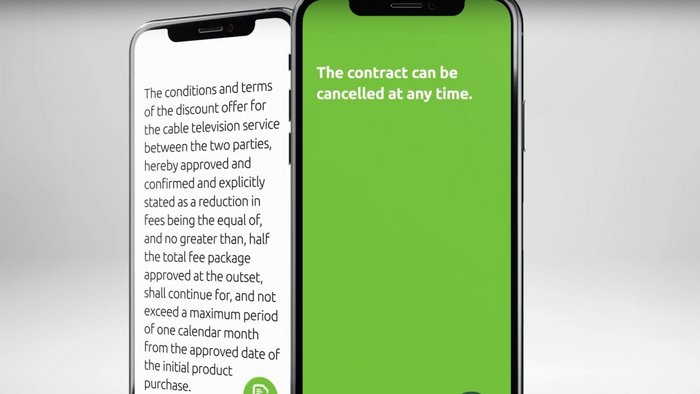