Light bulb moment. You’ve just come up with a bold idea that seizes on a juicy, time-sensitive opportunity for that big legacy client at your agency – the one that claims they love being pitched proactive ideas.

You open Slack and frantically type out a creative brief to your boss, who’s as excited as you, but needs approval from the next rung on the ladder. Before a decision can be made about whether to show this to the client, the idea needs to slowly climb all the way to your CCO.

Success! You’ve got the green light and can reach out to your contact. You email: out for lunch. You call: voicemail. The clock is ticking. You finally get through, and they’re on board in theory, but face the same corporate ladder on their side – the CMO has the final word (once they’ve cleared it with legal of course).

All hurdles jumped over, all hoops gone through, agency and client are synced up and you’ve got the rubber stamp… but the moment has passed and there’s no time to execute. Worst of all someone else got there first. The idea is dead on arrival with no chance of resuscitation. You’re deflated, but you’ll try again next time. Maybe.

Does this scenario sound familiar? If so, there may be some invisible barriers impeding your creativity. There are two key questions to help determine if your client-agency relationship is actually set up to produce reactive work: what avenues do creatives have for speedily pitching and discussing ideas with decision-makers? And how long (if at all) does it take for a decision-maker to sign off on spontaneous ideas?

I call these questions the ‘WhatsApp Test’ because I’ve noticed that marketers who can execute culturally fluent ideas quick-smart typically co-ordinate over instant messaging applications to pitch, discuss and deliver on ideas at a moment’s notice.

Communicating via WhatsApp (other platforms are available) enables marketers to make rapid decisions under time-sensitive deadlines. It was by being in a group on the instant messaging platform that helped Popeyes Louisiana Kitchen execs and the team from its Miami-based agency Gut pull off a campaign from pitch to delivery in under 24 hours. ‘We like to say we move at the speed of WhatsApp,’ says executive creative director Juan Javier Peña Plaza at the agency.

US fast food chain Popeyes started a national craze for the chicken sandwich in 2019 and the brand was blindsided when McDonald’s unexpectedly launched a competing product this year. The agency and brand used WhatsApp to strategise on a quickfire defence. Popeyes bought 50 domain names that were misspellings of CHKNDrop.com (the launch site for the McDonald’s sandwich) to advertise its own promotion, capturing people who inadvertently typed the wrong web address. The brand saw 10,000 coupons snapped up in 90 minutes, with half of these redeemed by new guests on Popeyes’ app.

Popeyes CMO Bruno Cardinali told us that the recipe for this fast-paced work was knowing the brand inside and out. ‘We have a ton of conversations about our brand positioning, personality and tone of voice to refine and finesse our brand so we can co-ordinate faster for better outcomes,’ he said.

The quick and the dead /

A WhatsApp group can speed up communications between stakeholders, but only when the right people are in that group: the creatives coming up with ideas need to have direct access to the key decision-makers.

Having the CMO of Wendy’s at his fingertips enabled Matt Keck, associate director of conversation design on the Wendy’s team at VMLY&R in Kansas City, to turn a tweet from a rapper into the catalyst for one of the fast food chain’s most successful campaigns.

Keck was checking his phone at a carnival when he happened to see a tweet from Chance The Rapper begging Wendy’s to bring back its discontinued spicy chicken nuggets. Waiting to ride the rollercoaster, Keck’s team messaged Wendy’s CMO Carl Loredo and asked how many Likes it would take to bring the product back.

Wendy’s then tweeted that same afternoon that the nuggets would return if they got 2 million Likes. Exceeding that milestone in 48 hours, Wendy’s reported in Q3 of 2019 that North American sales had increased by 4.4% for the quarter – boosted in part due to the return of spicy chicken nuggets.

When we wrote our Burger King Brand Spotlight in 2018, Francisco Cassis (executive creative director at Lola MullenLowe at the time) told us that his team chatted to the then-CMO Fernando Machado every single day via WhatsApp. Bianca Shen, former Burger King marketing director for Spain and Portugal, described Machado as ‘super reachable’ and there being ‘no hierarchy’ in these WhatsApp groups. Breaking down these artificial barriers to the CMO helped Burger King turn around effective, attention-grabbing campaigns lightning fast and led to it being named the 2019 Cannes Lions Creative Brand of the Year.

Photo by Max Cortez on Unsplash

To infinity and beyond /

To be clear, I’m not advocating flattening all your structures and throwing all forms of process out the window. But if you’re a brand, or working with a brand, that aspires to be agile and create work that becomes a part of culture, passing the ‘WhatsApp Test’ can help you ascertain whether you’re set up to reach that goal.

You can still maintain traditional corporate hierarchies while allowing for greater communication. As Ed Catmull, president of Walt Disney and Pixar Animation, writes in his book Creativity, Inc, which describes his time heading up Pixar: ‘A chain of command is essential, but we made the mistake of confusing the communication structure with the organisational structure.’ To rectify this, a decree was passed that: ‘anyone should be able to talk to anyone else, at any level, at any time, without fear of reprimand’. The reasoning was simple: ‘The exchange of information was key to our business.’ That’s just as true for marketing as it is for filmmaking, so why not take a page out of Pixar’s book? 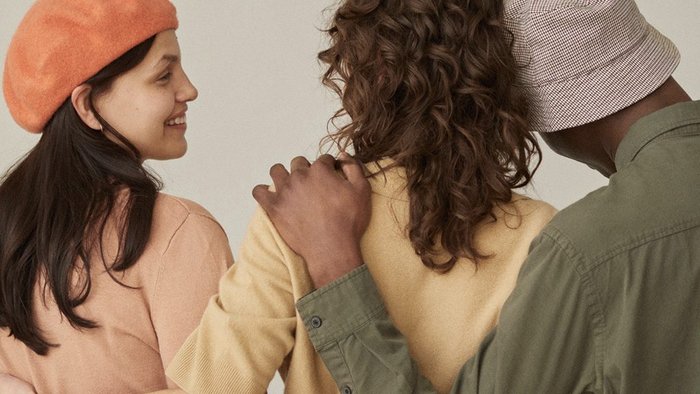 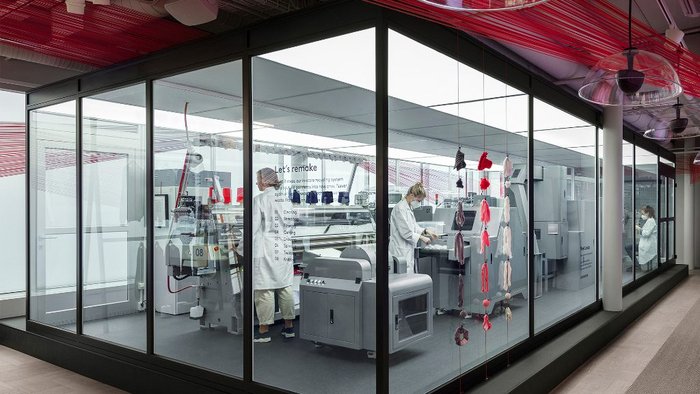 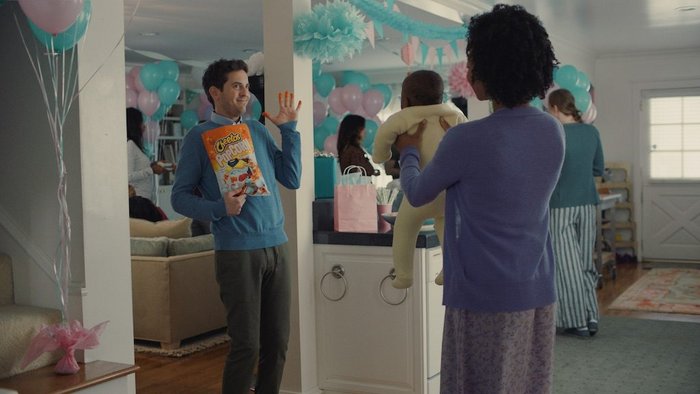 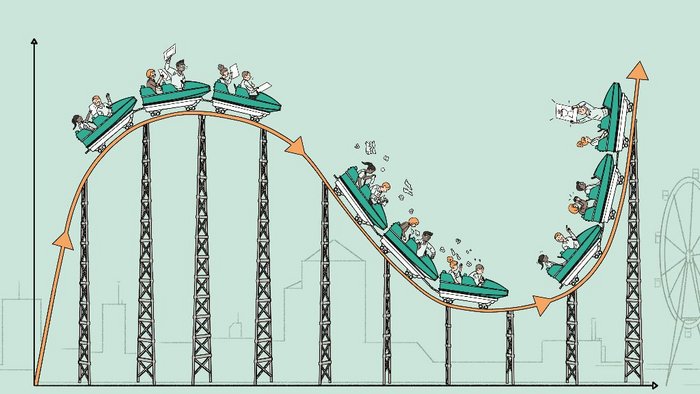 Fred Pelard on how to be strategic / 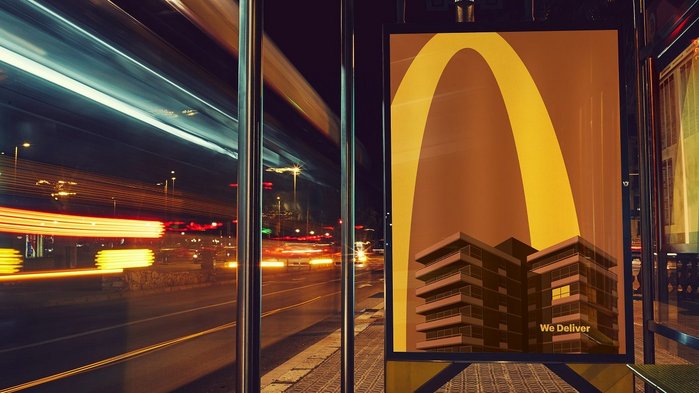 Andy Nairn explains the luck behind the Lions / 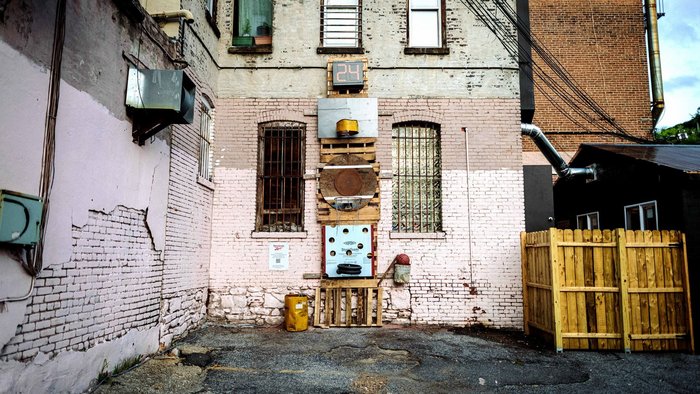 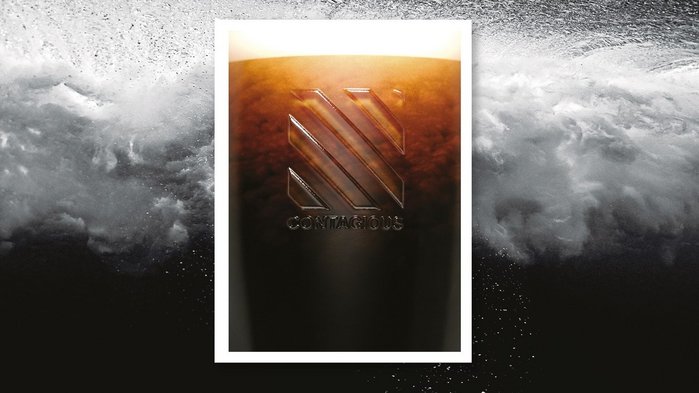 Advertising and enlightened self interest /