It’s a small world after all /

Did science fail to deliver on the promise of nanotechnology? It most certainly did not, says Contagious staff writer George Wyndham

Photo by deafstar from FreeImages

Has the world given up on nanotechnology? It definitely doesn't generate the same levels of hysteria it did 15 years ago.

Back in the early 2000s, venture capitalists were throwing money at almost any startup with the word ‘nano’ in the title. World leaders and scientists were foreseeing nano tube elevators to the moon, tiny cancer curing robots and an end to the aging process. At the same time, doom mongers were predicting that the end of the world was nigh and all of existence was about to turn into a ‘grey goo’ at the hands of a terrifying swarm of nanomachines.

Well, none of the above happened (as you’ve probably noticed), so what the hell happened to nanotech? This was the question I wanted to answer when I set about researching nanotechnology for the upcoming issue of Contagious Magazine’s Wildfire section – the pages where we help our readers get to grips with the technology that will impact their business down the line.

Well, as it turns out, a great deal happened. Nanotechnology itself – that is, science and engineering conducted on a molecular scale – has quietly yielded many applications and products across a variety of industries. OK, so these aren't as exciting as some of the more sci-fi prophecies of the early 2000s. But many of us are unknowingly interacting with nanotechnology products every day.

Let’s take a look at some of these below:

You wouldn’t generally equate nanotechnology with enjoying a drink or a relaxing night out with friends. But nanoparticles have been creeping into beer products lately. For example, US brewer Miller recently employed this technology in its switch from glass to plastic bottles. The nanoparticles keep oxygen out and hold carbon dioxide in the plastic beer containers, helping to keep the brewed beverage fresh. Cheers to that!

Venus Williams and Novak Djokovic have known about the benefits of nanotechnology for years. As far back as 2004, carbon nanotubes were being added to the frames of Head tennis racquets to make them stronger. This racquet manufacturing process, which takes place at the molecular level, helps the player’s control and power when hitting the ball. Furthermore, nanotechnology has been used to reduce air leaks from tennis balls, so they keep their bounce longer. Game. Set. Match.

Did you know nanotechnology exists in sunscreen lotion? Yup. Sunscreen products made with nanoparticles – such as titanium dioxide or zinc oxide – reflect UV light rather than simply absorbing it, helping to prevent skin cancer. These nanoparticles also make the lotion easier to apply to the skin and less likely to leave unattractive chalky streaks. More than 300 types of sunscreen products on the market today contain this stuff. Just ask brands like Coppertone and Olay (although they aren’t legally obligated to answer you).

Nanotechnology has been forecast to help humans halt the aging process. But until that day comes, we’ll have to be content with the way it is used in cosmetics to keep our skin youthful. The so-called ‘microlifters’ found in anti-aging creams – like ones created by Nivea – are made of nanoparticles that fill up your pores to lift and re-tighten the skin on the face, neck, and chest. Nanotech means youth isn't being wasted on the young anymore. Hooray.

There won't be blood /

It turns out you can stick nanotechnology up your nose. The brand QuickClot, owned by Z-Medica Corp, produces an anti-nosebleed gauze infused with nanoparticles that facilitate rapid blood coagulation. You just roll up the gauze, jam it in your nose and the bleeding stops – it's little things like this that make life easier!

So, there you have it. Want to learn more about what comes next in nanotechnology? Pick up the forthcoming issue of Contagious Magazine and explore the next big things in the world of the very small.

If you like the way we think, we think you may like Most Contagious. This must-attend event on 6 December crams a year’s worth of insights, trends and technology into a single day to help brands and agencies create work that’s fit for the future. If you're looking for the inspiration to help you steal a competitive advantage, click here. 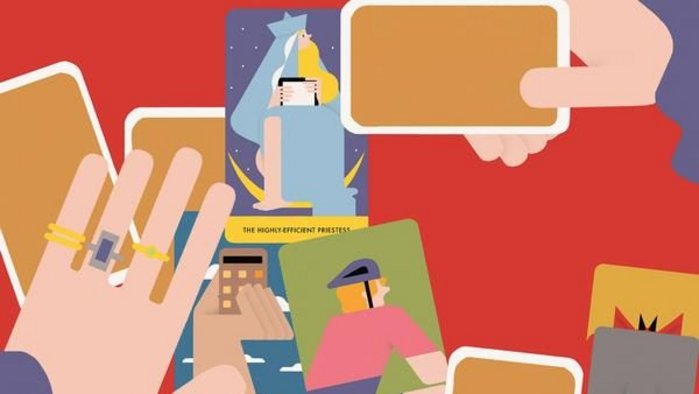 How PepsiCo is using predictive analytics to develop products /